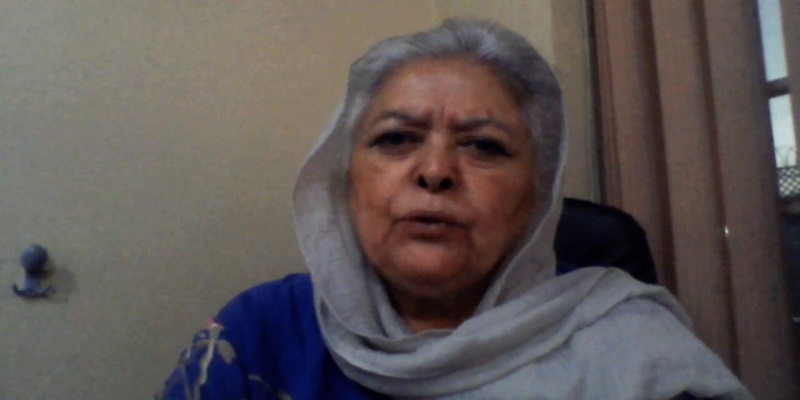 Women's rights activist "surprised" at collapse of government and worries for the future: The rapid gains across Afghanistan by Taliban militants have stunned observers both at home and abroad. Mahbouba Seraj from the Afghan Women's Network told CNN she was "surprised" by how quickly the government collapsed. "In a matter of two days, four provinces of Afghanistan going into the hands of Taliban. And I was wondering what on earth could be doing that?

" Seraj said. "But then again, at the same time, because of the way this country has become in the corruption, the way it is in the world, and in Afghanistan today, I knew we were sold out."
After years in exile, Seraj – who was born in Kabul – returned to her homeland in 2003 to work with women and children. She says her goal was not to turn women into government officials but to help those that needed help the most. She spent years traveling around the country talking to women about their rights, education and healthcare.
"I came to Afghanistan to be the voice of the voiceless women of my country, all of those women that are living in the provinces of Afghanistan, all the way back in the districts, and nobody hears the voices, and they are in dire need of help, they are poor. They are not educated. The children are dying because they're sick and ... there was such a mother and child mortality rates in Afghanistan so high, so I came for that."
She said that despite seeing the Taliban return to Kabul, she wants to continue her work and is choosing to remain in the country because "my duty is my responsibility."
"I want to do it for my girls, for my sisters and for my daughters ... but at the same time, I just want to be here because I know my presence really gives them the kind of normal, and the kind of support that they really need in this very hard times," she added.

Taliban entered "peacefully" into Kabul
From CNN's Nick Paton Walsh in Kabul
The Taliban entered Kabul, the capital city of Afghanistan, "peacefully," CNN's Nick Paton Walsh reported from the ground.
"We are hearing crackles of gunfire here and there, but there are not reports of... street-to-street fighting or Afghan security forces amassing in specific areas in order to prevent their entry. As far as we are aware, and it is dark here, so we are not able to go around and witness these events, they are moving gently across the city," Paton Walsh told CNN's Fareed Zakaria.
He added that it is unprecedented times, "Partly, because nobody imagined the Taliban would enter into the city of six million unimpeded," and because the Afghan President "said that he essentially wanted to stick around and has now disappeared without a transitional government in potentially to take over."