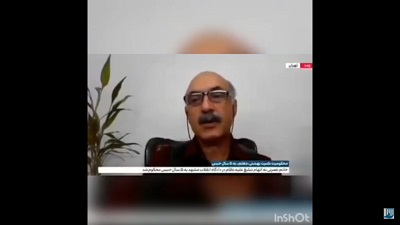 Rasoul Bodaghi, a member of the board of directors of the Islamshahr Teachers' Trade Association and a representative of the association in the Coordinating Council of Iranian Teachers’ Trade Associations, was violently arrested by the security forces on Saturday, December 11, 2021, at his home. During the arrest, security officers confiscated his communication devices and his wife's mobile phone, and shamelessly even denied Bodaghi the right to wear appropriate clothing.

Rasoul Bodaghi, a prominent and hard-working teacher activist, has previously spent seven years in prison for his activities in organizing teachers and defending their rights. Rasoul Bodaghi was arrested on the first day of a three-day sit-in, strike and protests by teachers across Iran (starting on December 11, 2021), demanding the proper Job classification of teachers, the harmonization of retirees’ pensions and other educational justice demands. Since the beginning of the new school year, teachers have staged several nationwide protests and rallies; the new round of protests is the third protest by teachers in just one month.

The government's goal in arresting Rasoul Bodaghi, and the persecution of other teacher representatives, is to create fear and intimidation among teachers and prevent the further spread of these protest movements among teachers. Prior to Rasoul Bodaghi's arrest, government agents and intelligence forces had tried to prevent these protest rallies and strikes by summoning and threatening a number of teachers' activists. However, according to the announcement of the Coordination Council of Iranian Teacher’s Trade Associations, strikes, job actions and sit-ins were held yesterday in more than 200 cities and regions across the country.

We strongly condemn the arrest of Rasoul Bodaghi and demand his immediate and unconditional release. At the same time, in contact with international teachers' organizations, we will ask them to intensify their campaign for the release of Esmail Abdi, Rasoul Bodaghi, and other imprisoned teachers.

International Alliance in Support of Workers in Iran (IASWI)
December 12, 2021