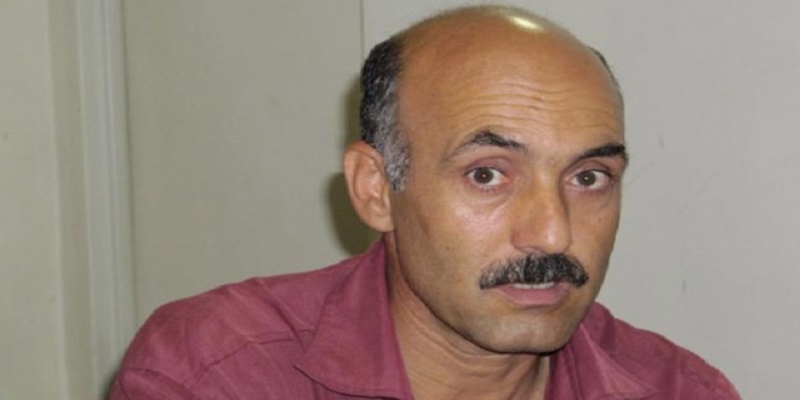 Rasoul Bodaghi, one of the protesting teachers, was arrested: On December 11, Rasoul Bodaghi, a member of the executive board of the Teachers' Union and a member of the Coordinating Council of cultural union associations, was arrested. The reason for this arrest was the call for two days of strike and sit-in and one day of nationwide protest rally by the Coordination Council. Rasoul Bodaghi has already been in prison for seven years for defending teachers' rights.

Teachers went on strike in 150 cities on December 12, to protest the arrests and to pursue their demands, one of the largest teachers' strikes ever. And the day after too, thousands of teachers gathered in various cities across the country. They insisted on their demands, and a slogan of protesters in these gatherings was that imprisoned teachers should be released immediately.
The teachers have given an ultimatum to the government that if Rasool Bodaghi is not released by December 21, 2021 and their demands are not met, they will hold a larger nationwide rally and continue their wider mass protests. In addition to demanding the release of imprisoned teachers, teachers are demanding the implementation of a job ranking scheme for employed teachers and equalization of salaries for retired teachers and raising their salaries above the poverty line announced by the government and allocating the necessary funds for these changes. Teachers also want free education for all children and its implementation in these Covid 19 times through the provision of free internet and smartphones. Teachers are protesting against discrimination, inequality, embezzlement and theft.
A number of teachers are currently in prison for defending these demands, including. Rasoul Bodaghi, Ismail Abdi, Mehdi Fathi, Mohammad Reza Ramezanzadeh, Yaghoub Yazdani, Nahid Fath'alian, Zeinab Hamrang, Masoumeh Askari, Hashem Khakstar, Mohammad Hossein Sepehri and Mohammad Darkian. Also several teachers have been arrested previously and security files been opened against them and released temporarily, including: Mohammad Taghi Fallahi, Latif Roozikhah, Ali Kroshat, Pirooz Nami, Aziz Ghasemzadeh, Mahmoud Malaki, Gholamreza Gholami, and Jafar Ebrahimi. The teachers demand the release of the imprisoned teachers and all political prisoners.
Free Them Now (FTN), the campaign to free jailed workers in Iran demands the immediate release of Rasoul Bodaqi and all imprisoned teachers, the closure of security files against them, and the termination of summonses and security prosecutions of teachers; and look forward that all workers’ and teachers’ organisations and trade unions, and humanitarian organizations around the world to strongly condemn the Islamic Republic for these repressions and to demand the immediate and unconditional release of imprisoned workers, imprisoned teachers and all political prisoners in Iran.
We look forward to receive your letters of support.
Thanks in advance
Shahla Daneshfar
Free Them Now (FTN)
The news Link of Nationwide strike of Teachers in more than 100 cities: http://free-them-now.com/?p=3325